What Ever Happened to… Humanity?

Who is responsible for humanity? Only humans. Animals and fish have feelings of joy and pain just like humans. They feel sorrow, loneliness and fear. Many animal species have strong family bonds just like humans (e.g., elephants, wolves, orcas, dolphins, lions, chimpanzees)1. All this has been proven in many ways2. Even fish feel3 as can be witnessed by a Japanese diver kissing a giant fish ‘Yoriko’ that he’s befriended for 25 years, after nursing her to health. The fish remembers her savior with love.

A Call to Action to All the Television News Stations

It’s time all of you showcased the realities, to help fight for Animal Rights.

Many people and rescue organizations are helping abused animals. Many love animals dearly. There are many success stories in helping abused animals. A sample listing of rescue organizations are identified in our directory https://helpingabusedanimals.net/directory-view/. Awareness about animal abuse is growing. Companies are creating products that are cruelty-free. Sample businesses that care are listed at https://helpingabusedanimals.net/join-the-center/friends-business/. Many people risk their lives to save animals. These are the positive stories. But not all humans are innately humane. Instead, too many cause torture and slaughter of animals directly or indirectly.

Educating the Public about Animal Abuse

Why isn’t society providing early education in order to raise children that will care about the plight of animals and love animals rather than harm them? Instead, society is more interested in leather goods, slaughtered food.  Some don’t know the depths of the torture that gave them the things they buy. Some actually enjoy torturing animals.

Advertisers offer specials so that people can buy dozens of pairs of leather shoes easily. Do we really need so many pairs of shoes? Advertisers show ‘happy cows’ giving us their milk. That is so far from the truth. Cows are constantly raped in a brutal way, only to have their babies taken away and the milk given to humans instead. Eggs are very healthy. Not to all the male baby chicks that are killed by drowning or shredding of their tiny bodies (because male chicks are ‘useless’). Advertisers showcase leather products, again without showing how the leather was created.

People don’t connect the torture to the final product. What would people do if they saw how their meal or clothing was made? What can they see in the eyes of the abused animals? If they really looked, they would see fear, pain, horror, sorrow, confinement and a lifelong abuse, torture till slaughter. 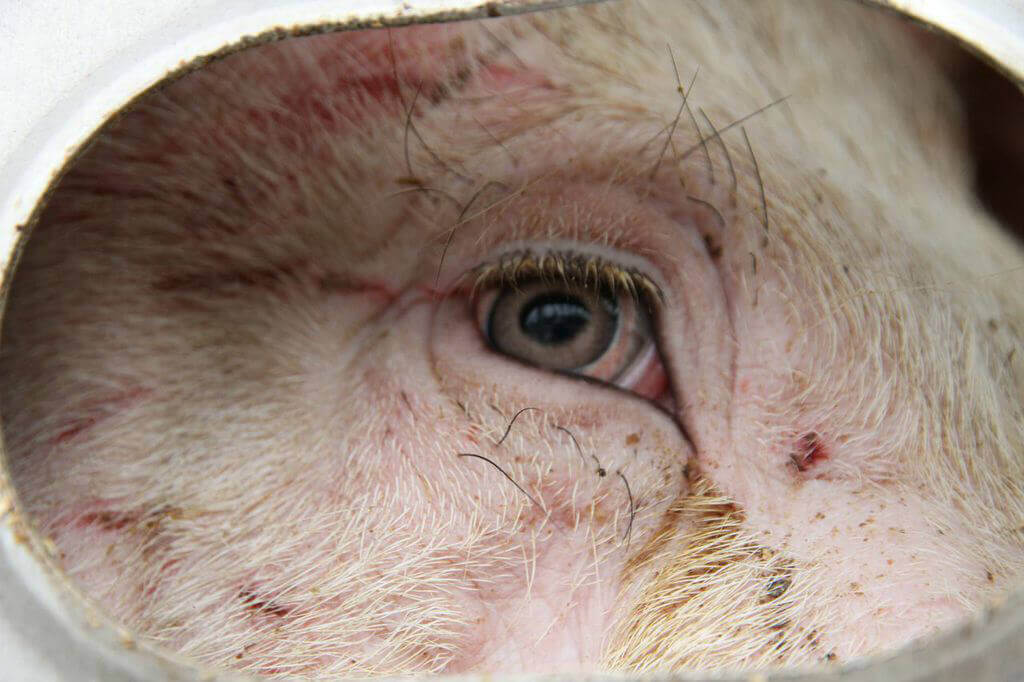 Some Statistics around Animal Abuse

And all done in a brutally, barbaric, inhumane, sickening way.

So why don’t humans do more to enlighten and change behaviors? Easy answers: money, selfishness, lack of time, lack of knowledge, hiding from truths… many reasons.

Some Witnessed Examples of Animal Abuse:

In the United States, some kill wildlife for fun 6. Some abuse dogs out of revenge 7. Yellville Arkansas drops live turkeys from planes and buildings to their deaths, all to enjoy the town’s annual festivals 8. Every year more than 100,000 American horses are brutally packed for shipping and long drawn-out painful deaths as they are dismembered while conscious 9.  The Government spends $15 million tax dollars yearly on experiments that torture animals for useless experiments 17. Factory farms are beyond abusive, torturous, barbaric and heartless 10. Mother cows learn what happens to their babies after birth, and try to hide their newborns to protect them from being taken away by farmers, never to be seen again by their mothers4. Universities are cited for animal abuse 18. Companies are showcasing kids as trophy hunters 19.

Children have been seen taking Snapchat photos of them torturing animals 13.  And what are kids learning in high school? How to jump rope with cats’ intestines 14. Museums educate and entertain people with hatching of baby chicks, only to slaughter the chicks after they are used in the museums 22.

In Canada, baby seal hunters use an axe to bludgeon the seals, right in front of their babies 16. And they continue such slaughters even though the demand for fur has decreased. Why? Money!

In China, they skin cows while alive, after cutting off their legs so that they can’t move 5.

In Africa, ivory poaching continues, baby elephants are stolen for abuse in animal entertainment with a life-long abusive jail sentence across the world 11, trophy hunters continue to enjoy the slaughter of treasured animals 12.

In Korea’s dog meat trade, they first torture the animals on purpose (they feel that they become more virile this way), then they slaughter brutally 15.

In Japan, whale slaughter is explained away as research 20.

Live animals are used as prizes, stuffed in enclosed containers, to die of suffocation 21.

The list is endless. The animals are not. Some of the ways we can help is listed at https://helpingabusedanimals.net/join-the-center/.  Sample cruelty-free products: http://www.justvegan.shop

But it’s time for everyone to recognize the realities and become more humane. CBS, NBC, ABC, CNN, FOX, and all the rest…. take a stand to help abused animals. It’s long past due. What you’ve done already to  help is not enough.